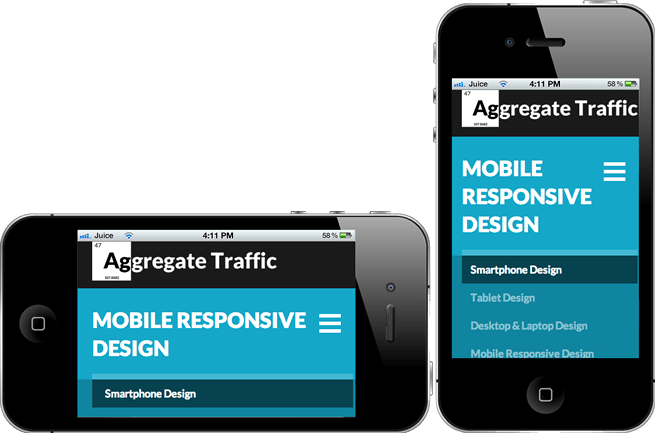 Tablet sales have outpaced desktop sales. Microsoft’s revenue is hurting because more and more people are turning to tablets to replace their desktops and laptops. On a tablet, you can do just about anything you can on a desktop. But is your site designed to work on tablets? Our designs are. They look great on tablets. 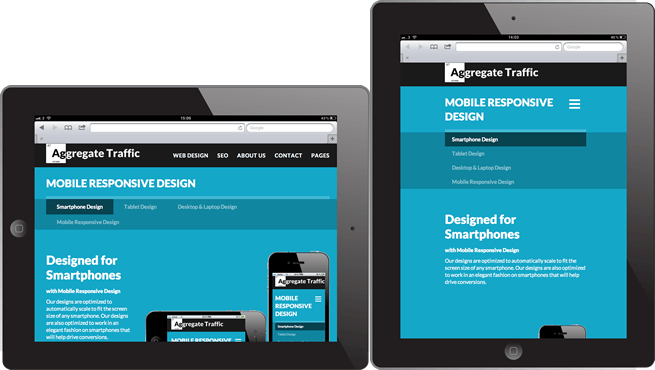 It doesn’t matter what you use to view our designs. They will look good on whatever device you use. We don’t take any shortcuts with our work. We want to be sure you get more customers and have happy users. Our designs look great on all devices. 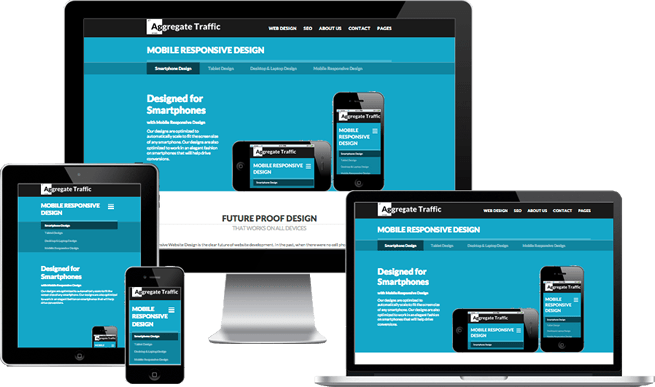 Future Proof Design
That Works on all devices

Building Mobile Responsive Websites is the clear future for website development. When cell phones and tablets were not common devices, web designers only needed to have their websites look good on desktops & laptops. Now, screens are smaller, netbooks & laptops are more portable, cell phones and tablet devices are becoming more commonplace and website design has had to adapt. The solution to this problem used to be solved by creating a separate version of a site that would auto-load correctly on smaller screens.

In the past a website would detect when it was being accessed by a mobile device and would then serve that device this second version of the site. Although this solution has worked in the past it is now presenting a new set of problems for both users and developers. Moving forward to 2015 and beyond, where building websites tailored for mobile responsive design is the future, one single website is built and designed to render perfectly on as many devices as possible. Everything including desktop computers, notebooks, tablets, and smart phones are taken into account when designing and building the website. Responsive website technology makes it easier for your customers to interact with your website and understand your marketing messages.

Several leading research reports forecast that 2015 will be the year that the combined sales of cell phones, tablets, and other mobile devices will eclipse the total sales of desktop & laptop computers. The entire idea of having a strong digital presence is to get your messages, products, and services in front of as many people as possible. It is time to prepare for the digital future, contact us now for a free custom mobile responsive design price quote.

WordPress Design
We design custom websites using the WordPress platform. WordPress is the open source software that is currently powering over 20% of all websites on the internet. With WordPress our clients are able to take control of managing and updating their site without being forced to pay us a monthly maintenance fee. WordPress allows you to take control

Landing Page Design
When designing Landing pages it is critical to apply a great deal of attention to detail. We can help you design and structure your landing page so it is effective and purposeful. We will also aid in testing various designs to see which is most effective in increasing your conversion rates.
Copyright © 2020 Ohio Web Agency. All rights reserved.
facebook google_plus linkedin twitter